The Usage of Black Shade Net Varies in Four Seasons

In order to ensure production, black shade net has become one of the indispensable tools. Especially the special shade net for vegetable greenhouse, which has the functions of cooling, disease prevention, disaster reduction and warming. It has high benefit and is easy to use. It is widely used in the seedling stage. 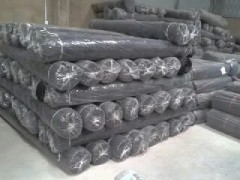 (2) Summer and autumn: Covering in summer and autumn mainly prevents strong light, rainstorm and all kinds of insect pests, and can also reduce temperature and preserve moisture. Coverage time is usually in early July to early September in the daytime, sooner or later and cloudy days can be removed. At present, this kind of mulching is mainly used in agriculture, which is generally applied to the seedling raising and early cultivation of autumn ripe vegetables and autumn postponed vegetables and the production of flowers in summer and autumn.

(3) Winter: Covering in autumn and winter mainly prevents early frost and low temperature frost damage. How to cover the top of the arch shed or around the ground of the shed?