Surrounding us, there are many places will appear waterproof shade netting figure, shade net in agricultural production played what role? What role to agricultural production? Waterproof shade net has the advantages of light weight, and can prevent insects damage to crops, but also can regulate the temperature of the growing environment of crops. In summer, because the temperature is very high, the light is too strong, in order to better protect the growth of crops, you can use shading net to cover crops, play a role in shading, cooling. In winter, the temperature is very low, covering the shading net can play the role of heat preservation and humidification. 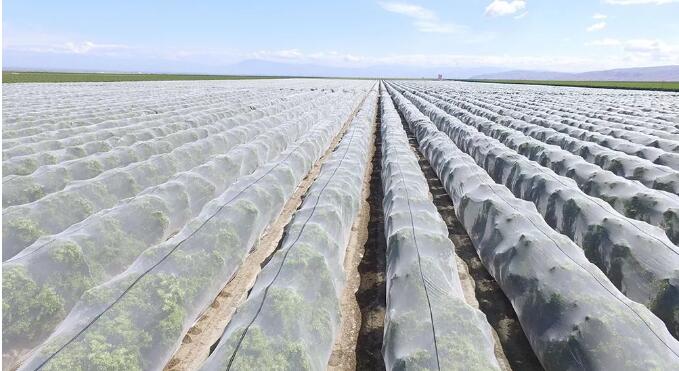 If waterproof sunshade nets are used to cover crops such as vegetables, the growth of crops can be well protected and the stable yield of crops can be guaranteed. Sunshade net is mainly used for protective cultivation of vegetables, anemone, flowers, edible fungi, seedlings, medicinal materials, ginseng, Ganoderma lucidum and other crops and aquatic poultry breeding. It has obvious effect on increasing yield.

We all know that in the midsummer season, high temperature and severe heat, most vegetables can not grow normally, vegetable varieties and market greatly reduced, so the vegetable market phenomenon of off-season vegetable. Fast-growing leafy vegetables can be cultivated with shading net to cool down the temperature and cover the protective facilities such as greenhouse greenhouse and small and medium-sized arch shed with shading net. The vegetables such as radish, coriander, spinach, celery, lettuce and chrysanthemum artemisia, which are difficult to grow in summer, can grow normally.